From Writer To Author 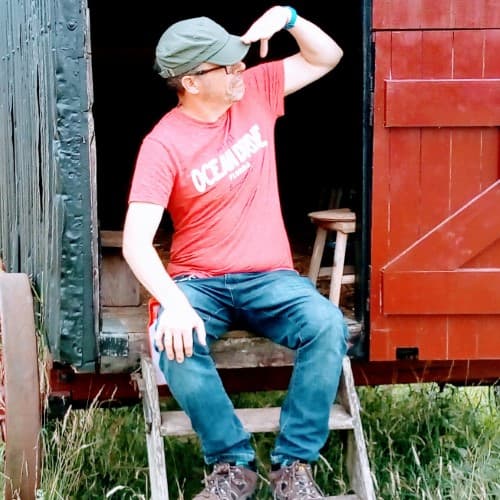 Welcome to the From Writer to Author series.

When I was fourteen or fifteen my uncle gave me an Imperial 66 typewriter. It was so heavy, I could barely lift it, but, for the first time, I could imagine myself as a real author with a story to tell. Little did I know it would take three decades for that dream to come true.

At the time, the BBC was showing its (cheap) version of The Hitchhiker’s Guide to the Galaxy, and I fancied myself as a bit of a comedian, so my first few thousand words were rip-offs of that combined with Star Trek and starring thinly disguised versions of my mates from school. Naturally, I was the lead: Karson Parthuman.

The yellowing foolscap sheets are still in the loft and will never see the light of day, not even as a curiosity. Reading them back brings a smile to my face: not because the stories (none of which was finished) were any good, but because I remember the excitement of writing them. Until the fuel ran dry as the hard work of actually telling a story doused the flames of passion.

Then there were exams at sixteen and eighteen, before I found myself earning a living, of sorts, printing cheque books and folding statements at my local bank.

Eventually, I was able to write for a living, creating computer based training for my employers, and writing for a tech magazine.

But I only became an author in the mid 2000s when my first book was published — it was about setting up and running an online business.

And it took until 2016 for my first novel to appear on Amazon. Thirty-five years after my uncle gave me that Imperial typewriter.

Over those decades, the barriers to finishing and publishing books have tumbled. First word processors (including my beloved Amstrad PCW 8256), then computers made it a cinch to type, edit and print a manuscript. Then the advent of the Kindle brought into being an entirely new way to bring words to their audience: self publishing.

So, in 2021, the only remaining barrier is the wetware in the middle of the process: the human mind.

Now, you could argue that perhaps there should be more barriers — after all, if there’s no editor to check and approve your manuscript, who’s to stop you publishing any old rubbish?

But self publishing (or independent publishing), is a meritocracy. Rubbish sinks to the bottom. An entire industry of editors, cover designers and other professionals has grown up to help authors produce books that match those of the big publishers.

So, there’s plenty of support out there.

All you have to do is write the book.

Which means finishing it.

Tomorrow, I’ll share my system for doing that which has led to over thirty published books and a full-time living.

In the meantime, if you have any questions, feel free to drop me an email: kev@tenminuteauthor.com.